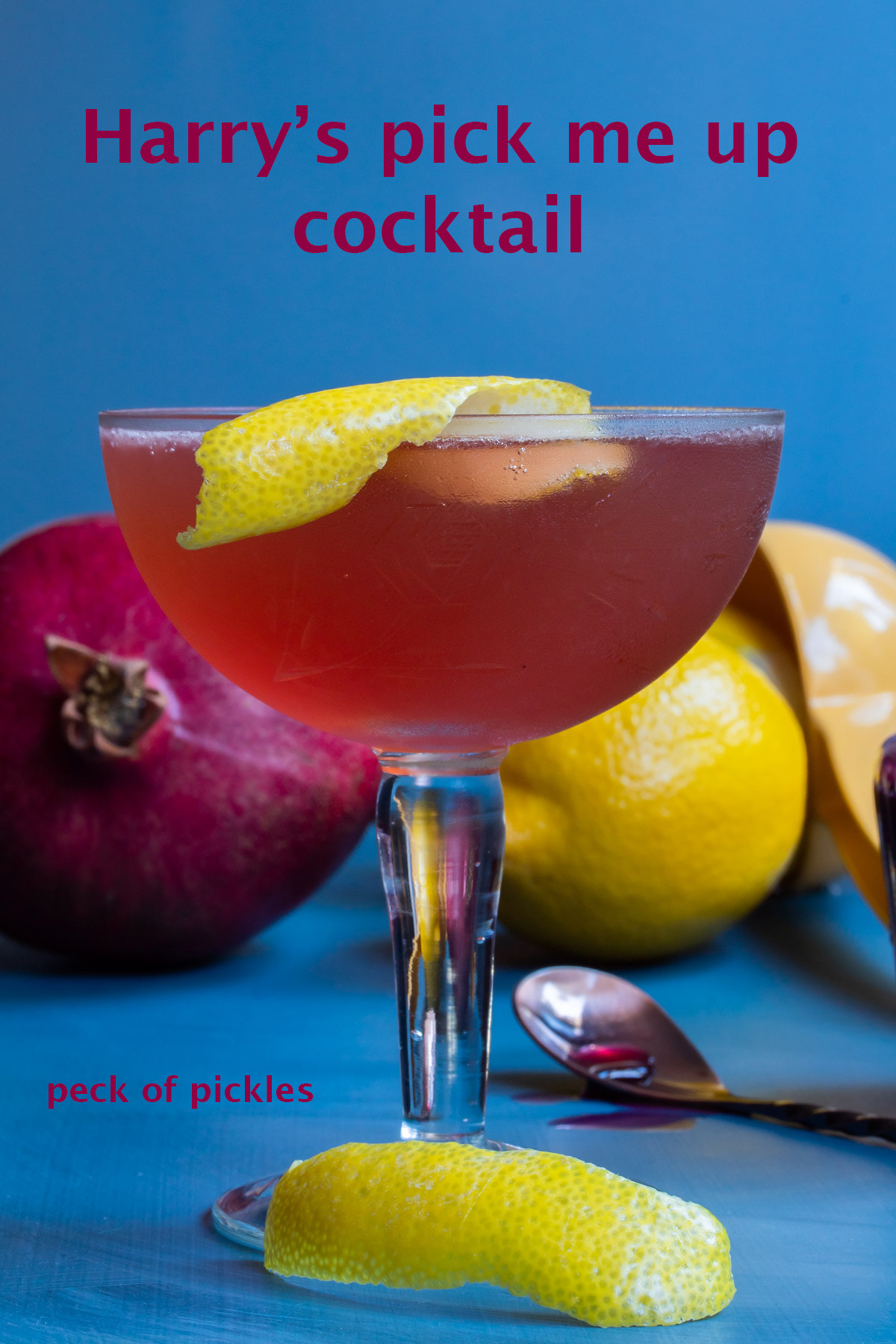 History of related recipes: Brandy Sour, Daisy, Corpse Reviver
The Harry’s pick me up cocktail recipe is related to a much older style of drink recipes with their roots in the Brandy sour – a drink that called for brandy, sugar dissolved in water and lemon juice. David Wondrich (2015: 115-119, 126-132) in Imbibe provides a history of the sour recipe and details how the drink evolved from a simple sugar, water, lemon, brandy combination to include more complex ingredients such as seltzer water, orange cordial and later grenadine, along with increasingly elaborate fruit garnishes such as berries in season, pineapple, mint, ice and use of straws. Wondrich (2015: 130-132) explains how the more complex versions of the sour came to be called a Daisy and were served in a large cocktail glass in the 1870’s having less seltzer water and then with more seltzer water, ice and straws in a ‘silver mug’ by 1910. Simon Difford (2019) writing for Difford’s Guide explains that the first Corpse Reviver recipe appeared in print in 1871 and interestingly one version of a Corpse Reviver recipe that Simon Difford cites published in 1937 calls for brandy, orange juice, lemon juice, grenadine and champagne – being very close to the Harry’s pick me up cocktail, except for the addition of orange juice.

Harry Craddock’s pick me up cocktail recipes in The Savoy Cocktail Book 1930
Harry Craddock (1930) in The Savoy Cocktail Book has a number of pick me up cocktails that were designed as a cure all, in part for hangovers – these pick me ups included the Corpse Reviver Cocktails, including the Corpse Reviver No. 2, along with the less well known Hoop la! cocktail and this Harry’s pick me up cocktail. These cocktails have in common a strong spirit forward character, being a short drink with cocktail strength, soured with lemon juice and sweetened with orange liqueur and Lillet blanc in the case of the Corpse Reviver No. 2 and the Hoop la! These two cocktails are also interestingly equal parts cocktails. Harry Craddock’s pick me up cocktails offer a transformation with a boozy undertone of gin or brandy flavoured with sweet orange cordial and Lillet blanc held in balance by the sourness of fresh lemon juice – a sweet-sour pick me up – that closely resembles the ‘Old School Daisy’ formula with slightly less sugar but the addition of the very flavoursome Lillet blanc with it’s lovely orange notes.

Related drinks – Daisy – The structure of the Harry’s pick me up cocktail is very much like what David Wondrich (2015: 126-132) identifies as a ‘New School Daisy’ from the 1910 era calling for brandy, grenadine and lemon, although it differs from this class of recipes because it is a shorter style cocktail strength drink that is topped with champagne, rather than a longer style drink charged with seltzer water and served in a ‘silver mug’ with ice, straws and an elaborate fruit garnish. In this way the Harry’s pick me up cocktail recipe calls back to what David Wondrich (2015: 126-132) identifies as ‘Old School Daisy’ recipes that were a shorter drink with less seltzer water although the ingredients and especially the use of grenadine is closer to the later ‘New School Daisy’.

Champagne to top a short cocktail strength drink – Craddock uses some of the key components of older Brandy Sour and Daisy recipes, such as brandy, lemon, grenadine, but keeping the drink spirit forward and short cocktail style with a top up of champagne rather than seltzer water, served without a garnish. Charging the drink with champagne bubbles adds to it’s already sweet-sour pick me up character from the lemon and grenadine on a base of boozy brandy adding a lovely tart effervescence that complements the other elements.

A note on measures – I have taken the wine glass referred to here to be a small wine glass, measuring 1 ½ oz, 1 ½ shots or 90mls – see David Wondrich (2015: 79) for more information on cocktail measures. I am also grateful to Frederic from Cocktail Virgin Slut who has provided a very clear online recipe for the Harry’s pick me up cocktail using these same equivalent measures.

Tips for how to use homemade grenadine in cocktails – In this recipe I have  increased the amount of grenadine to 2 bar spoons rather than 1 teaspoonful as the homemade grenadine is a lower sugar syrup that allows the true pomegranate flavour to shine through – because it is a little less sweet but a bit more flavoursome you can use a little more in your cocktail recipes.

Lemon twist garnish – Because I was juicing fresh lemons it seemed a shame to waste the zest and the lemon works so nicely with the homemade grenadine as a foil to it’s sweetness I added a lemon twist garnish that really works to add an uplifting lemon oil aroma and flavour to the finished drink along with a pop of contrasting yellow to the pink of the grenadine flavoured cocktail. The original recipe does not call for a garnish.

Use of the Harry’s pick me up cocktail: pick me up, aperitif – The name of this cocktail suggests it is a pick me up to be used as a cure all including for hang overs and it certainly does have pick me up qualities with it’s sweet-sour flavour, strong brandy base and fizz of champagne. However, Harrys’ pick me up cocktail with homemade grenadine makes a delicious before dinner drink or aperitif being sweet-sour and flavoured with exotic fresh pomegranate, pomegranate molasses and rose water along with tart lemon juice and a lemon twist on a boozy brandy base, charged with champagne bubbles. It’s an uplifting and fresh cocktail that is fun to make and serve and the colour is a gorgeous pink-red from the grenadine with the contrasting yellow of the lemon twist.

Place brandy, freshly squeezed lemon juice, grenadine and ice in a cocktail shaker and shake for 10-15 seconds, until very cold and well combined

Strain into a prepared cocktail glass and carefully top with chilled champagne, do this slowly or the drink will overflow

Online Harry’s pick me up and Corpse Reviver cocktail recipes

Harry’s pick me up. In Epicurious. 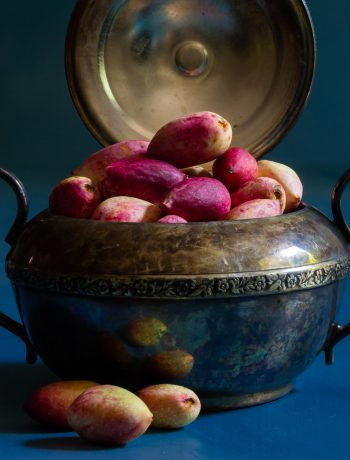 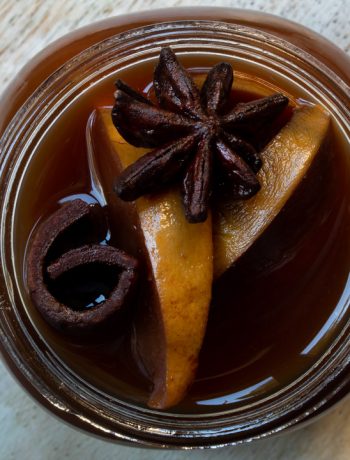 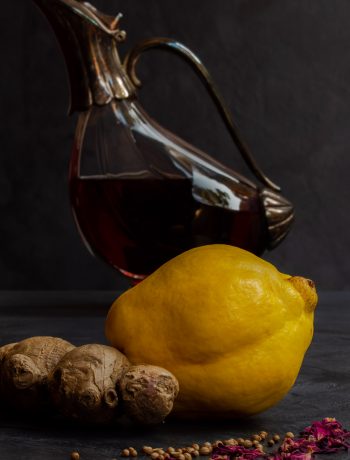