Homemade grenadine, also known as pomegranate syrup, is made from fresh in season pomegranates flavoured with low GI cane sugar, homemade pomegranate molasses featuring lemon and heat reduction to create complex sugars and rose water. The homemade from scratch pomegranate molasses adds an extra complexity and depth of flavour to the syrup and includes lemon along with sugar, being a further reduced and thicker syrup. Both the grenadine, or pomegranate syrup, and the pomegranate molasses are easy to make, but do take a little time and advance preparation. Pomegranates are messy to juice but I say embrace the messiness and the process because the end result is a very flavoursome bespoke grenadine syrup that can be used in a range of different cocktails including new school daisy’s such as those described by David Wondrich in Imbibe and Harry’s pick me up cocktail from Harry Craddock’s (1930) The Savoy Cocktail Book.

A quick history and cocktail how to for grenadine or pomegranate syrup
David Wondrich (2015: 115-119, 126-132) in Imbibe explains that grenadine became a key ingredient in what he calls ‘new school’ or later versions of the Daisy cocktail recipe in the 1880’s. The Daisy is closely related to the Brandy Sour – which included brandy, lemon juice, sugar dissolved in water and in later versions orange cordial along with a garnish of orange and berries in season. The Daisy is a more elaborate version of the Brandy Sour that includes a fancy garnish of fruit, mint served over finely crushed ice with straws and comes to be topped with seltzer water – it also comes to include grenadine. In later cocktail manuals such as Harry Craddock’s (1930) The Savoy Cocktail Book grenadine features in many cocktails including the Harry’s pick me up cocktail which calls for brandy, grenadine and lemon juice. I have tried using the homemade grenadine syrup made with this recipe in this pick me up cocktail and it is delicious. This pick me up cocktail is a bit like a new school Daisy but with the fizzy water replaced with champagne bubbles.

Marcia Simmons (2012) in Serious Eats details that mass produced commercially made grenadine can contain corn syrup and colouring agents being used to change the colour of drinks rather than introduce real pomegranate flavour. This recipe for homemade grenadine using freshly hand squeezed pomegranate juice from in season pomegranates, homemade pomegranate molasses and rose water offers a grenadine syrup of the bespoke homemade variety using real fresh in season pomegranates and is quite different from the store bought kind. This homemade and handcrafted seasonal cocktail syrup can be made with or without the additional complexity of pomegranate molasses which is cooked for longer producing complex sugars and uses lemon juice and with or without flavouring agents such as orange flower water or rose water.

1. How to juice pomegranates for homemade pomegranate molasses and grenadine
Juicing pomegranates is a very messy business but it’s fun and amazingly colourful and the aroma of fresh pomegranate is delicious, fruity and heady. Here are my best tips to make this a fun process rather than a headache.

2. How to make homemade pomegranate molasses
Pomegranate molasses is easy to make and follows a very similar process to that used for making pomegranate syrup. The key difference is that lemon juice is added and that the resulting syrup is cooked for longer – 20 —30 minutes – and reduced to become thicker with more complex sugars. The pomegranate molasses has a complex and delicious flavour that is not unlike molasses with rich sugar and fruit notes. It is a distinct very dark red colour with lustre from the sugar. Making your own molasses allows you to control the ingredients and know exactly what has gone into the process. Pomegranate molasses is available from delicatessens and you could substitute this if you like although I highly recommend making your own for a truly bespoke homemade pomegranate molasses, rose water pomegranate syrup. The molasses can also be used in desserts, over yoghurt or ice cream, or in glazes and dressings. I have adapted the recipe from Michael Rantissi and Kristy Frawley’s (2015: 229) Falafel for breakfast. The main change that I have made is to make this a small batch process as I was making the molasses in order to flavour my pomegranate syrup. I used 1 cup of juice to produce a small preserving jar of molasses, whereas the original recipe calls for 1 litre. You can increase the quantities as required. Alex Elliott-Howery and James Grant’s (2016: 142) Cornersmith recipe for pomegranate syrup sits somewhere between molasses and syrup – not containing lemon juice and being cooked for longer (20 minutes) resulting in a thickened syrup which it is possible to extend the shelf life of by heat treating in a hot water bath. I recommend this recipe if you are wanting to preserve pomegranates.

Low sugar and choice of low GI cane sugar – I have reduced the amount of sugar as the pomegranate molasses is full of complex sugars and the pomegranates themselves have their own sweetness. The usual ratio being fruit:sugar 1:1 in most recipes. This recipe for grenadine uses only half as much sugar – the sugar being used as a flavouring rather than a preserving agent. The resulting pomegranate syrup allows the true pomegranate fruit flavour to shine through with the deep complex flavours of the molasses underpinning this with sweetness and with light floral rose notes from the rose water. I have also chosen to use a low GI cane sugar in this recipe for homemade grenadine to make this syrup low GI friendly – while retaining fuller flavour from the cane sugar – offering a lower sugar option for making cocktails and refreshing drinks. The grenadine can be kept in the fridge but is best used fresh within 2 weeks. The homemade molasses has a longer shelf life and can be kept for 3 months in the fridge.

Bespoke, artisanal, real fresh in season pomegranate juice syrup – This is a bespoke made from scratch seasonal syrup for cocktails and desserts that you can easily make yourself with full control over the ingredients and method of production. It just takes a commitment of time and the willingness to embrace the messiness of the process –  in the end I think it’s worthwhile as sometimes being with mess teaches you a lot of skills that are useful in other messy areas of everyday life. If you can manage to be with the mess of making homemade grenadine and slow down enough to treat this as a meditation on the banal and find the beauty in the ordinary tiny details of how light shines on a single pomegranate aril or how the juice drips exactly this way or the amazing wonderful perfume of rich fresh pomegranate juice surely it’s possible to take this experience away and be with other messy things in life in an easier more relaxed way? Besides this grenadine syrup tastes amazing and will make your cocktails and desserts extra special. It’s just what is called for to make a new school Daisy as David Wondrich (2015: 132) in Imbibe recommends:

“The grenadine should probably be artisanal or at least made from pomegranates.”

Homemade grenadine or pomegranate syrup sampler – As is usual on this blog when trying out traditional or vintage recipes such as punch or posset, I’ve taken a sampler approach making only a small batch as I believe it’s a more accessible way into seasonal flavour pairing experiments. You can of course increase the quantities if you would like to.

Pomegranate molasses: Place a couple of teaspoons in the freezer for later use to test the thickening of the molasses

Use your hands, especially your fingers to search out and remove the arils or seeds from the membranes and shell, use a teaspoon for any stubborn arils

Once all the arils are extracted, pick over them to remove any white membrane

Heat on medium heat until simmering

Transfer to a sterilised jar, may be kept in the fridge for up to 3 months, or heat treat the jar for 15 minutes in a hot water bath to extend the shelf life further – see Resources

Add the sugar and continue to heat and stir until dissolved

Add the molasses and continue to heat and stir to combine

Allow the syrup to cool down to room temperature

Add the rose water and stir to combine

David Wondrich (2015). Imbibe! Updated and Revised Edition: From Absinthe Cocktail to Whiskey Smash, a Salute in Stories and Drinks to "Professor" Jerry Thomas, Pioneer of the American Bar

Brendan How to make your own awesome grenadine. In Drinking Hobby.

Anisa Sabet (2017). Homemade Pomegranate Syrup. In Cooking with the Macadames. 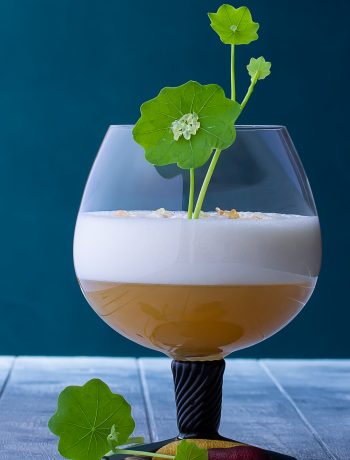 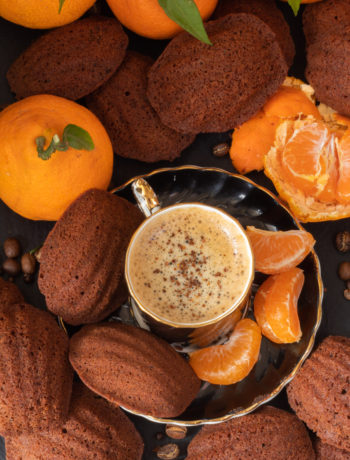 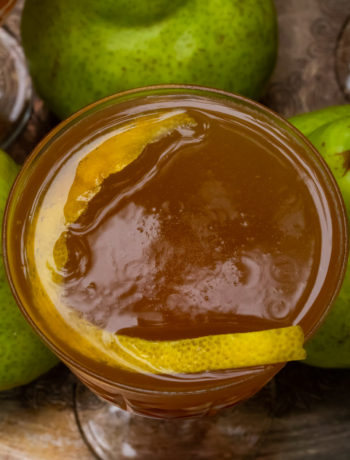