Ginger lime shrub daiquiri with cinnamon myrtle and ginger crisps is my pickle twist on the classic daiquiri cocktail recipe of lime, sugar and crisp white rum shaken with ice. In researching Daiquiri recipes, I stumbled on stories of the medicinally inclined rum-sugar-lime-water based precursors of the Mojito and the Daiquiri, below is a brief overview of some of the recipes. I have found Wayne Curtis’ (2007) wonderful book And a bottle of rum: A history of the new world in ten cocktails to be the most useful and fascinating source of information on the history of rum in general and grog and the Daiquiri in particular.

My own rum pickle daiquiri cocktail is a modern twist on the idea of including botanicals and the medicinal properties of drinks such as El Draque that used the bark of the chuchuhuasi tree which has anti-inflammatory properties and along with grog featured limes high in vitamin C. My own variation includes the Australian indigenous herb cinnamon myrtle and a shrub syrup drinking vinegar with ginger and lime, coconut vinegar, sugar and honey, along with rum. The introduction of quick pickled ingredients with their own medicinal properties allows for concocting a perfect sweet-sour balance which includes souring agents of both lime and coconut vinegar.

The shrub I have used here departs from the usual 1:1:1 shrub formula to increase flavour with cinnamon myrtle and ginger and reduce sugar while retaining a sour-sweet note with coconut vinegar, coconut sugar and raw organic honey. Cinnamon myrtle is an Australian indigenous ingredient with a flavour not unlike cinnamon, and with a history of use as a remedy for indigestion, heartburn and colic. Ginger also has medicinal uses as a treatment for nausea, motion sickness and loss of appetite. Coconut vinegar used in the shrub is beneficial to the gut due to the inclusion of the ‘mother’ and the cold process used to create the shrub. The ginger crisp adds texture and crunch.

This rum pickle daiquiri cocktail recipe is easy to prepare in advance and has low sugar although a beautiful balance of sweet-sour between the lime, ginger, sugar, honey, sweet cinnamon myrtle and coconut vinegar. A delicious pickle cocktail that reinvents the Daiquiri while building on the medicinal effects and botanical ingredients of its’ precursors.

Ginger crisp: add the sugar to the ginger and macerate for 2 hours

Daiquiri cocktail: Add all ingredients except the garnish to a shaker tin and shake vigorously until well combined and very cold

Strain into a glass

Garnish with a ginger crisp

~El Draque~ For fascinating historical details about rum such as the recipe for El Draque attributed to Sir Francis Drake in the 16th Century calling for aguardiente or (unfinished rum), lime, rum soaked chuchuhuasi tree bark, mint and sugar see Claire McLafferty’s (2016) The history of rum in 4 drinks in Mental Floss and Jame’s McClure’s (2016) Check out this recipe for the world’s oldest cocktail in Civilized.

~Ti' Punch~ Caroline Pardilla (2016) Cocktails 101: The Daiquiri Everything you need to know about this Cuban American classic in Eater and Paul Clark’s (2015) An introduction to Ti’ Punch in Imbibe provide details of the ingredients and history of ti’ punch.

~Grog~ For the recipe for sailor’s grog calling for water and rum and then sugar and limes to make the rum taste better, due to the orders of Admiral Edward Vernon of the British Royal Navy who became nicknamed ‘grog' along with the rum drink he ordered due to his oiled ‘grogram’ coat see Wayne Curtis’ (2007: 854-6) wonderful book And a Bottle of Rum, Revised and Updated: A History of the New World in Ten Cocktails

~Canchanchara~ See Simon Difford (2019) Canchanchara and Matthew Bax (2007) Canchanchara in Gourmet Traveller for recipes for the Cuban Canchanchara which included rum, lemon or lime, honey and water. For further information on the early version served hot as a morning restorative see Megan McDuffie and Michael van Vliet (2017) Canchanchara in Fresh off the grid.

~Mojito~ Claire McLafferty’s (2016) What’s the right way to make a mojito in Mental Floss offers David Wondrich’s (2018) How to make the ultimate mojito recipe for the mojito appearing in Esquire and explains its’ connections to the earlier El Draque.

~Daiquiri~ For more information on the history of the Daiquiri cocktail that is named after the Daiquiri village in Cuba where American mining engineer Jennings Stockton Cox worked and who is attributed with creation of the Daiquiri see Simon Difford’s (2019) Daiquiri Cocktail - History & story of its creation. Also see Caroline Pardilla (2016) Cocktails 101: The Daiquiri Everything you need to know about this Cuban American classic in Eater. Curtis (2007: 2321-2328) in his book And a Bottle of Rum, Revised and Updated: A History of the New World in Ten Cocktails

eloquently explains the addition of ice as what makes the Daiquiri stand apart from it’s predecessors. 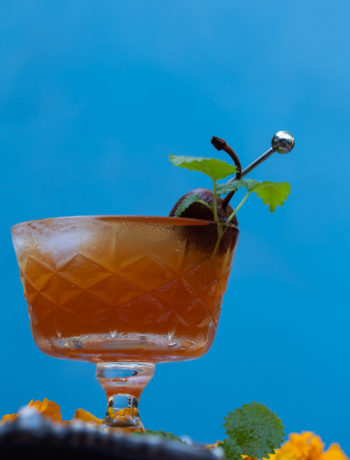 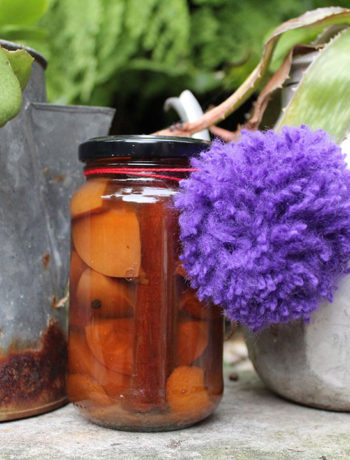 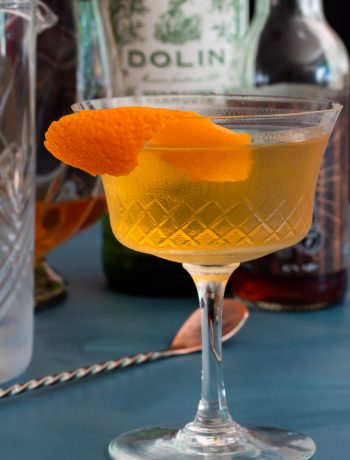