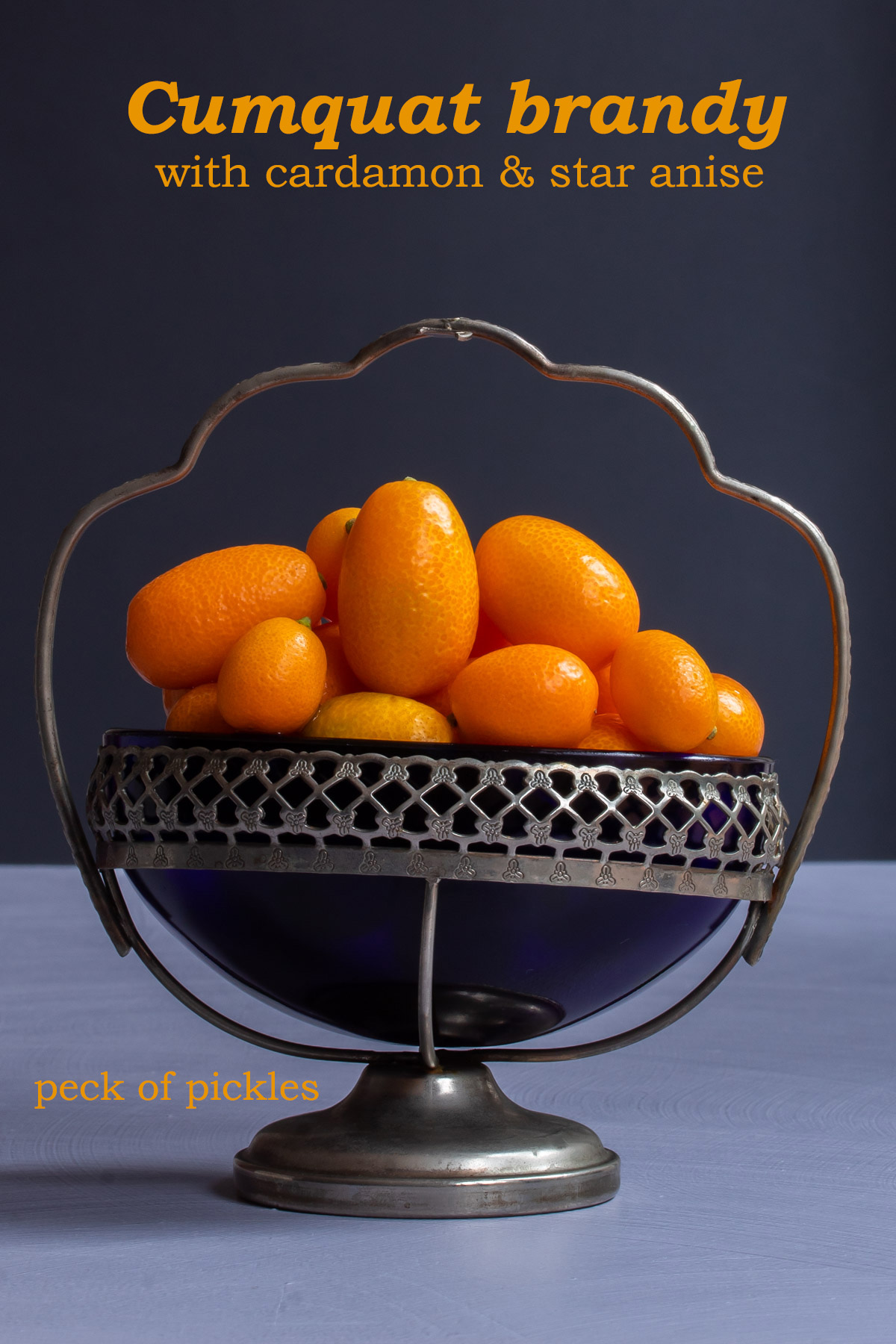 Cumquat brandy: cardamom, star anise preserves whole in season cumquats in brandy flavoured with cardamom, star anise and demerara sugar and creates a flavourful spiced cumquat liqueur. The preserved cumquats and the spiced cumquat liqueur can be used in desserts and cocktails and make wonderful gifts. I have wanted to make cumquat brandy since last year when I made cumquat pickles and heard about the brandy from the gentleman who sold me some of his own home grown cumquats. I must admit I was initially perturbed by the waiting time to make this brandy – 1 year of infusion time. However, having made rhubarb bitters and quince cordial that take 6 weeks to infuse I now think the wait could be worthwhile for the intense flavours that can be created by a process of slow cold infusion. The recipe I provide here is inspired by Matthew Evans’ (2016: 329-330) recipe for cumquats in brandy in Not just jam – the spices are my own contribution as are the photographs of cumquats and the preserved cumquats and cumquat brandy. After some research I have found that preserving fruit using brandy is quite an old fashioned process. I found recipes dating from 1792 for all sorts of brandied fruit such as cherries, apricots and peaches in The housekeeper’s valuable present: or ladies closet companion by Robert Abbot. Abbot’s (1792) recipe book does not include cumquats but the method described using brandy, sugar and fruit is very similar to the more recently published recipes for making cumquat brandy or liqueur and preserving the cumquat fruit where the fruit is covered with a brandy and sugar mixture and allowed to infuse slowly. These fruit in brandy recipes are unique because the whole fruit are preserved while at the same time creating a flavoured fruit liqueur – preserving the whole fruit stands in contrast to the process for vintage cordial recipes where the fruit are infused with brandy and then discarded as in the method for making vintage quince cordial.

Cumquat brandy – preserves in season cumquats in brandy often flavoured with sugar and in some cases spices. The resulting cumquat liqueur can be used in deserts and brandy cocktails to add flavour, such as in a brandy sour or fancy brandy cocktail.

Significance of cumquats for Lunar New Year – Cumquats or kumquats are thought to bring good luck because of their golden colour, symbolising wealth and prosperity in Chinese and Vietnamese cultures where they are given as presents at Lunar New Year as fresh fruit and as specially made sweets.

I have tested both methods and I recommend the slow infusion of whole fruit method used by Matthew Evans (2016: 327-330) in Not just jam because when the cumquats are pierced with a needle after about 2 weeks the fruit begin to have dark spots where the needle has passed through the skin, they look like they have polka dots. However, if you are impatient and you do not mind these dark spots on the cumquats then the piercing method allows for a quicker infusion time of a few months as opposed to a year. The advantage of the slow infusion method is that the fruits are preserved whole and retain their beautiful orange skin without the dark pin prick marks and can thus be used for especially beautiful and glossy orange cocktail or dessert garnishes.

Vintage recipes for brandied fruit
Interestingly Robert Abbot’s (1792) The housekeeper’s valuable present: or ladies closet companion prepares some fruit for infusion in brandy by partially softening and in some case by piercing the skin. Apricots are partially cooked prior to infusion. While in the case of peaches, these are pierced with a sharp knife in a similar manner to the piercing the cumquats with a needle and partially cooked to soften them prior to addition of the brandy. When pickling cumquats these are softened in hot brine prior to pickling. I can see the efficacy in piercing the fruits in allowing a quicker infusion process. Cumquats are so beautiful though – like small oval shaped miniature oranges – that it is a shame to mark their skins in the infusion process – and sometimes slowing down and being with the process is part of the fun of making something that tastes amazing like liqueurs or vintage cordials. Abbot’s (1792) recipes for fruit in brandy do not provide precise measurements for the fruit to be used but simply state that jars are to be packed with the fruit and then a ratio of sugar syrup to brandy is provided. The instructions for making the brandied fruit are very simple in that the fruit is to be covered with the brandy and sugar mixture and allowed to infuse.

Ingredients and measures for making cumquat brandy with help from Not just jam
My own recipe for cumquat brandy: cardamom, star anise is inspired by the method and proportions used in Matthew Evan’s (2016: 327-330) recipe in Not just jam where he uses equal proportions of cumquats to brandy and a small amount of sugar. Other recipes that I reviewed used a lot more sugar – equal parts fruit to sugar or more sugar than fruit and in one case more brandy than anything else. Having just made quince brandy, liqueur or vintage quince cordial in which I did not use any sugar I was keen to try a lower sugar approach where the fruit flavours shine. I have worked with cumquats before making pickles and I know they can be very sour when unsweetened so I knew they would require some sweetening. For this recipe for cumquat brandy: cardamom, star anise I have slightly increased the amount of sugar to counteract the bitterness and used a rich demerara sugar.

Sweet spices – Cumquat brandy: cardamom, star anise uses sweet spices to add flavour and additional sweetness to the cumquats which are naturally very bitter. Cardamom and star anise both offer sweetness and spice. I have pickled cumquats with these spices before so knew that they worked well together.

Rich demerara sugar – I chose to use demerara sugar for added richness and development of complex sugars during the infusion process in this recipe for cumquat brandy: cardamom, star anise. The sugar here is used as a flavouring rather than a preserving agent. The alcohol preserves the fruit. This recipe offers a lower sugar alternative compared to those that use equal parts fruit to sugar or more sugar than fruit, allowing the cumquat flavour to shine through.

Quality brandy – For this recipe for cumquat brandy: cardamom, star anise I used a quality Hennessy VSOP brandy as I want to use the finished liqueur in cocktails such as a brandy sour and fancy brandy cocktail where the brandy is the star of the show and quality is important.

Tips for making cumquat brandy: cardamom, star anise
Organic cumquats – When making any infusion with fresh fruit in alcohol it’s a good practice to use organic fruit as the whole fruit including the skin are used in the process.

Wash cumquats – Washing the cumquats very well in warm water before use is also a good idea to remove any impurities before use.

Rule of thumb enough brandy to cover fruit – The measures provided here are a guideline – if you find that your fruit are not covered with brandy add some more until they are all covered – the alcohol is the active preserving ingredient so the jars need to be packed not too tightly so that every surface of the fruit is in contact with the alcohol.

Choosing & caring for jars – You can use new preserving jars or reuse old jars – just make sure that the smooth seals of the internal side of lids are intact and there is no rust or indentations present in the smooth coating on the lids as this could release impurities into the infusion and it’s going to be in the jar for a long period of time. I chose to split this recipe into a few smaller upcycled jars for more flexibility and as I describe below this brandy would make a lovely anniversary, birthday, or Lunar New Year gift, so you can source or reuse an interesting shaped jar to show off the cumquats that turn a lovely deep shiny gold in the brandy. Sterilise your jars by washing in hot soapy water and rinsing thoroughly then placing lids in a pot of boiling water to boil on the stove top for 5 minutes and jars on a cookie sheet in a 110 C oven for 15 minutes or until dry – see Resources for more information.

How to use cumquat brandy: cardamom, star anise – cocktails, desserts, gifts
Cumquat brandy, or liqueur and the preserved cumquats can be used in cocktails and desserts and make wonderful gifts.

Cocktails – Cumquat brandy or cumquat liqueur can be used in brandy cocktails such as a brandy sour or fancy brandy cocktail, adding a delicious tart citrus like flavour and candied orange aroma along with sweet spice from cardamom and star anise and rich complex sugars from demerara sugar.

Desserts – Cumquat brandy and preserved fruit are delicious in desserts, such as cakes or ice cream, to add a rich citrus, brandy and spice flavour.

Gifts – If you make a smaller batch of cumquat brandy in smaller containers this makes wonderful gifts – especially for important occasions such as Lunar New Year, weddings or birthdays where anniversaries are celebrated as the waiting only serves to build the anticipation for the upcoming celebration. It’s a special kind of slow living present that forces us to slow down in order to appreciate the benefits of time, with the added symbolism of good luck and prosperity embodied in their beautiful golden colour.

Sterilise jars by washing with hot soapy water and rinsing thoroughly, boil lids for 5 minutes on stove top in boiling water, place jars on cookie sheet in 110 C oven for 15 minutes or until dry inside – see Resources

Pour brandy and sugar mix over cumquats and spices

Store in a cool dark place for up to a year 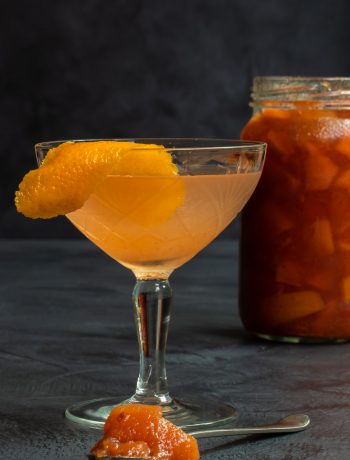 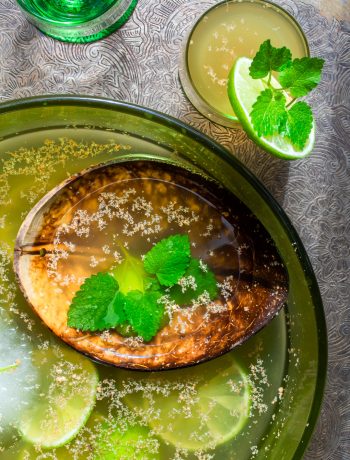 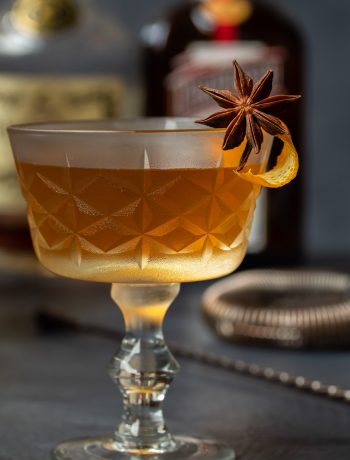