How are spiced pickles cherries different to other cocktail cherries?
Spiced pickled cherries offer a lower GI and healthier cocktail garnish than high sugar and coloured non-alcoholic ‘maraschino cherries’ preserved with salt, artificially sweetened and coloured, not to be confused with more sophisticated original marasca cherries preserved in luxardo maraschino liqueur. This spiced pickled cherry recipe uses coconut sugar and sweet spices to enhance the natural sweetness of the cherries which are preserved using red wine vinegar and heat treated for a longer shelf life allowing more complex flavours to develop over time. The sweet-sour profile of a pickled cherry means it can be used to provide a sour element to cocktails as well as cherry and spice flavours in the brine or as a garnish.

How to make spiced pickled cherries
To make this spiced pickled cherries recipe a little preparation is required to soak the vanilla bean overnight in sherry. Once this is done the rest of the process is easy – fresh cherries are packed into sterilised jars with orange zest and spices and then hot red wine vinegar brine infused with the vanilla bean is poured over and the jars are heat treated in a hot water bath. This heat treating process, in a similar manner to canning or preserving, increases the shelf life of the pickles, which can be kept for up to 18 months in a cool dark place and once open need to be kept in the fridge and used within 6 months.

Living with the seasons: pickling as slow food flavour experiment
Pickling is all about living with the seasons and preserving the best of the season with delicious flavour pairings. It’s not cherry season here now, but I have had these photos and recipe for some time and finally compiled them all together into this post – and it’s the right time to be using these pickled cherries as garnishes and in cocktails. Pickled cherries bring warmth and spice that is so lovely as the season changes into Autumn and then into Winter. The spices are very Xmas pudding like and instantly transport me to the smell of macerating Xmas pudding fruit from my Grandmother’s recipe. They bring a taste of Summer into Autumn and Winter after the fresh cherries are gone. For me this bringing of flavours through pickles from one season to the next highlights the cycle of the seasons.

I hope you have some ideas now as to what you can do with spiced pickled cherries in cocktails such as in a Bellini with blood oranges, in an apricot pickle whiskey sour, a pickle twist on an old fashioned cocktail and a garnish for pickle Mai Tai cocktails and now you have the recipe to make them when it is Summer and cherry season where you are.

~Disclaimer~ This post contains affiliate links. As an Associate I earn from qualifying purchases.

Make your brine by combining, vinegar, water, sugar and vanilla bean in a medium saucepan over medium heat and stirring to dissolve the sugar, remove the vanilla bean

Reheat the brine and pour over the hot brine

May be stored for 18 months in a cool dark place, refrigerate and use within 6 months after opening

Pickled cherries with allspice. In Matthew Evans. (2016: 1182). Not Just Jam: The Fat Pig Farm book of preserves, pickles and sauces 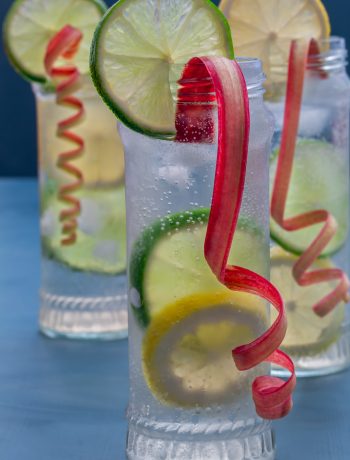 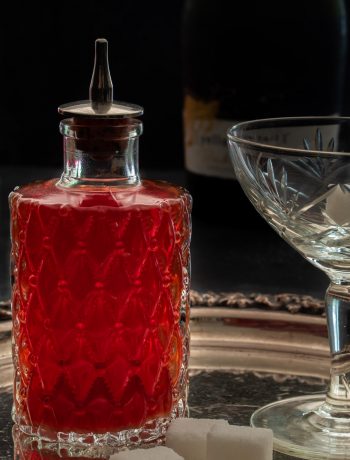 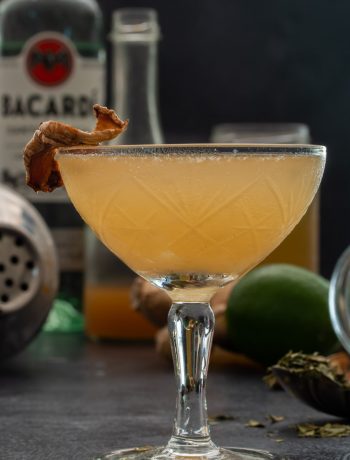