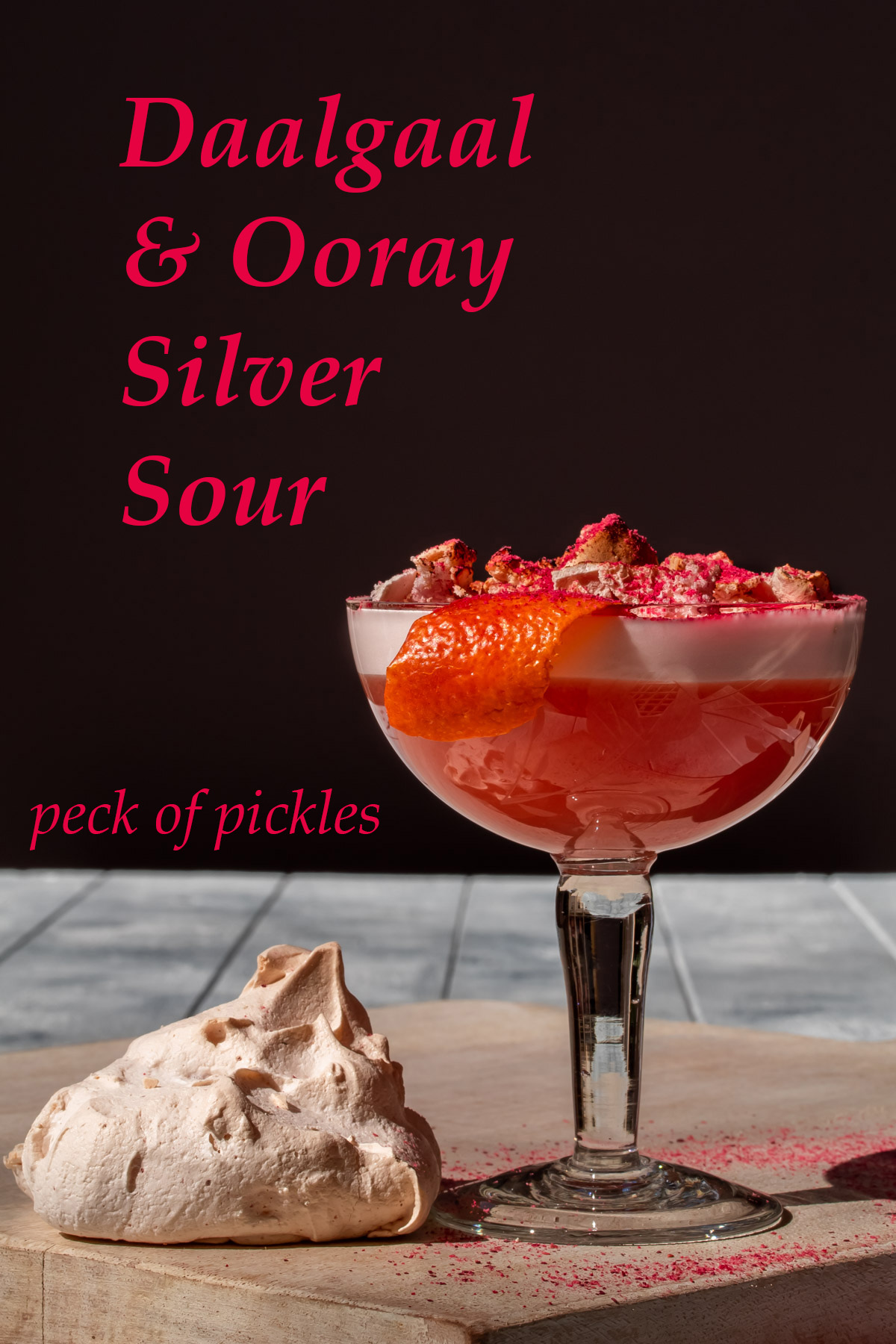 What is a Silver Sour?

A Silver Sour is a fancy style of Sour dating to the 1880’s when eggwhite was added as an ingredient in elaborations of the recipe to create a fluffy head and luscious smooth mouthfeel to the Sour. For more on the history and evolution of the Sour see my post on Honey rhubarb silver sour. I have referred to McDonough’s 1883 (McDonough 1883: 44) Silver Sour formula with help from David Wondrich (Wondrich 2015: 115-119) in Imbibe for the basic Silver Sour recipe, ingredients, and measures. A Silver Sour called for ice, sugar, water, citrus, gin, and crucially eggwhite. David Wondrich (2015: 118) in his discussion of the evolution of the Sour formula recounts that there were fancier variations on the Sour including the use of eggwhite and a sugar rim citing McDonough’s (1883: 11) ‘Frosted Sour’ appearing in his McDonough’s Bar-Keeper’s Guide and Gentleman’s Side-Board Companion which calls for ice, sugar, water, citrus, eggwhite, Bourbon, to be served with a sugar rim and fancy fruit garnish, as an example of this style of very fancy 1880’s Sour. McDonough’s (1883: 43) book is interesting as it includes other variations on the Sour including a ‘Golden Sour’ using ice, sugar, citrus, an egg yolk and Brandy or Rye Whiskey. McDonough (1883: 11) advises:

“Use sliced fruit, in season, for Sours, as it improves their flavours.”

How to make a Silver Sour: Shake & strain

The Silver Sour is made by shaking all the ingredients with ice and straining into a small bar glass. McDonough’s (1883: 44) recipe for the Silver Sour from which I make my own interpretation reads:

“Fill large bar glass one-third full of cracked ice, one table-spoon of powdered sugar, one-half wine-glass of water, five or six dashes of lime or lemon juice, the white of an egg,  one wine-glass of Gin ; [sic.] shake, and strain in small bar glass.”

The Daalgaal & Ooray silver sour offers an elaboration on the fancy Silver Sour by introducing two Australian indigenous plums and their unique flavours: Daalgaal or Illawarra plum with a fresh plum and pine flavour and super sour Ooray or Davidson’s plum. Australian indigenous Daalgaal or Illawarra plum gin which has a plum and pine flavour pairs wonderfully with ginger liqueur and strawberry and blood orange shrub syrup, leatherwood honey syrup and eggwhite for a luscious complex dessert sour. The caramelised meringue garnish takes the texture of this sour to another level with crunchy sour meringue dusted with super sour freeze dried Australian indigenous Ooray or Davidson’s plum powder. Visually the Daalgaal & Ooray silver sour is delicate and vibrant with bright red gin and shrub making for a pink cocktail that is then dusted with crushed pale pink meringue and bright pink freeze dried sour plum powder. The Daalgaal & Ooray silver sour is fancy and very sour – offering a sort of super sour lolly in cocktail form that leaves your mouth humming with a refreshing sour feeling that lingers and tingles on the tongue.

The sugar and water of the Silver Sour are swapped out for a spicy 1:1 Leatherwood honey syrup that adds extra creaminess to the eggwhite and a delicious unique spicy flavour.

The citrus of the Silver Sour is change up for a complex strawberry and blood orange shrub syrup flavoured with raw cacao and wattleseed and white balsamic and coconut vinegar. The shrub syrup is made by a process of long slow cold maceration following the method outlined by Michael Dietsch (2016) in his amazing book Shrubs, this gives a brighter flavour to the shrub allowing the fresh seasonal fruit to shine. I opted to use a white balsamic vinegar with a coconut vinegar base for a light shrub with a delicious syrupy white balsamic note that complements the sweet strawberries and tart blood orange. Pairing strawberry, blood orange, coconut and white balsamic vinegar, raw cacao and wattleseed for earthy bitter depth is my own contribution. Shrubs are a great way to add depth and complexity to cocktails – for more ideas see my posts on Blueberry shrub pisco sour and Autumn grape sour.

The gin base of the Silver Sour is split equally between a Daalgaal or Illawarra plum infused gin from Headlands Distilling and a ginger liqueur. Daalgaal or Illawarra plum has a tart plum and fresh pine flavour which pairs wonderfully with ginger liqueur, Leatherwood  honey and sweet tart in season blood oranges and strawberries, spiced with raw cacao and wattleseed for earthy bitterness and depth. The Ooray or Davdison’s plum meringue garnish and pink freeze dried plum dust add an extra sour flavour and finish to this cocktail.

A real free range organic eggwhite is used in the Daalgaal & Ooray silver sour for a more sustainable cocktail and to add a rich creamy texture.

Daalgaal & Ooray silver sour has a beautiful pink colour and creamy texture due to the Daalgaal gin, shrub syrup and eggwhite and a very fancy garnish using crushed Ooray or Davidson’s plum meringue that is caramelised with a kitchen blowtorch and then dusted with freeze dried powdered Ooray or Davidson’s plum. This Ooray meringue garnish creates additional crunchy texture and the combination of sweetness and sourness is not unlike a super sour lolly leaving the mouth pleasantly tingling with fresh sourness. The Ooray or Davidson’s plum powder is a very bright pink connecting with the colour of the Daalgaal or Illawarra plum gin and making an impressive pink halo around the crunchy texture of the meringue. The blood orange twist adds bright citrus oil to the top of the cocktail and a pop of vibrant orange and red colour linking to the shrub syrup in which the blood oranges feature along with seasonal strawberries. I have styled the Daalgaal and Ooray silver sour in a vintage coupe for a fancier presentation than the small bar glass called for by McDonough (1883: 44) in his 1883 Silver Sour recipe.

The Daalgaal & Ooray silver sour has a plum and pine flavour and is a luscious smooth creamy pale pink due to the bright red of the Daalgal gin and blood orange and strawberry shrub syrup and organic eggwhite.

In developing the recipe for Ooray or Davidson’s plum meringues I was informed by the work of Donna Hay in her Donna Hay’s no-fail meringue mixture appearing in SBS Food and Michael Rantissi and Kristy Frawley’s (2015: 161) wonderful recipe for Chocolate Meringues appearing in Falafel for breakfast, which is by the way in constant circulation at my house. The science of meringue making is quite technical and both Donna Hay and Michael Rantissi and Kristy Frawley offer a reliable and tested method which I have adapted to include freeze dried Ooray or Davidson’s plum powder and white balsamic vinegar for a sour take on meringue which turns out a beautiful very pale pink. Ooray or Davidson’s plum is an indigenous Australian ingredient with a very sour flavour akin to rhubarb, but much more tart – adding this sourness to meringue creates a super sour meringue that is crushed, caramelised and dusted with super sour Ooray powder.

The Daalgaal & Ooray silver sour takes the idea of a vintage 1880’s fancy Silver Sour cocktail to another level of fanciness with use of fresh plum and pine flavour of Daalgaal or Illawarra plum infused gin combined with freshness of ginger, and sweetness from blood orange and strawberry and earthy chocolate from raw cacao and wattleseed. This is a complex and layered dessert cocktail that refreshes and transforms our understanding of the experience of fresh and sour flavours in a new and interesting way through use of two indigenous Australian plums: Daalgaal & Ooray. Daalgaal or Illawarra plum infused in gin adds a fresh plum and pine flavour, while super sour Ooray or Davidson’s plums are incorporated into meringue and as a dusting of pink freeze dried Ooray plum powder for a celebration of indigenous Australian plums in a fancy Daalgaal & Ooray silver sour.

Add the cacao beans and wattleseed

Add the lid to the container and shake to combine

Meanwhile sterilise your jar, add the well washed and rinsed jar to a cookie sheet in a 110 C oven for 15 minutes or until dry

Treat the lid in a pot of boiling water on the stove top for 5 minutes and allow to air dry, for more information see Resources

Strain the syrup into a clean bowl, measure the yield, mine was 1/3 cup, adjust vinegars to match the yield

Reserve the strawberries for another use

Mix cornflour, Ooray or Davidson’s plum powder and vinegar together in a small bowl until smooth

Once all the sugar has been incorporated beat for a further 10-15 minutes, scrape down the sides if any mixture has stuck to the edges of the bowl

Turn off the oven and allow to cool inside the oven

Store in an airtight container

Seal the tins and Reverse dry shake: shake with ice for 30 seconds

Shake again dry with no ice 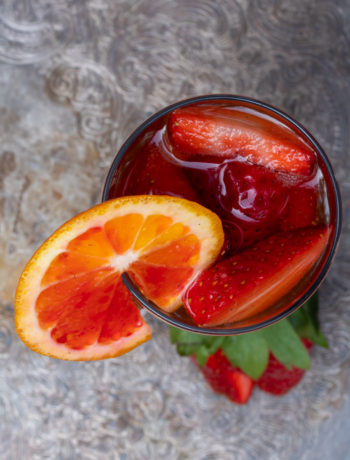 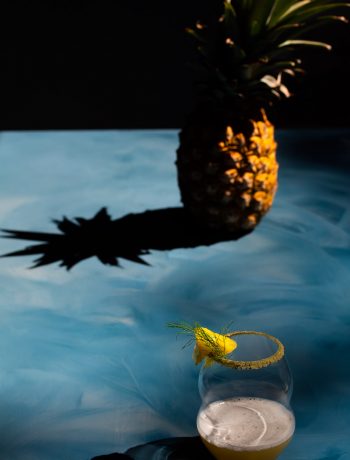