What is a spider?
Spider cocktails – Evan Morris (2016) of The Word Detective explains in his article Spider (float) that there were cocktails dating from the 19th Century to the early 20th Century popularly called ‘spiders’ that used brandy and lemonade or ginger beer – he cites one example of use of the term spider in this manner from 1888 to refer to a combination of brandy and ginger beer. The Concise Macquarie Dictionary lists an entry for ‘spider’ as a colloquial term for ‘a drink of lemonade or ginger beer with brandy’ (1982: 1128). The 2019 edition of the online Macquarie Dictionary is more specific detailing that this usage of the word spider is ‘obsolete’, referring to cases where ‘an alcoholic beverage such as brandy, sherry, claret, or beer is blended with lemonade or ginger beer’.

This same combination of brandy or grappa and ginger beer along with lime is used in the Italian grappa cocktail Buon Giorno – that is closely related to the Peruvian Chilcano de pisco – see my previous post on this for more details. In Harry Johnson’s New and Improved Bartender’s Manual there are examples of brandy and ginger ale and brandy and soda cocktails, but these are not referred to as spiders (Johnson 1888: 92). The Australian version of Jerry Thomas’ Bar-tender’s Guide published in 1889 does not mention a brandy spider but there is a recipe for brandy and soda (Thomas 1889: 78).

Simon Difford (2019) of Difford’s Guide relates how there are examples from the 1940’s of a Gin Spider Highball calling for gin, bitters and ginger ale. I found a lovely example of a highball Brandy Spider cocktail from a Spanish cocktail manual Los Secretos del Cocktail by Pedro Talavera published in Madrid in 1940 which called for brandy, lemon juice, bitters and ginger ale (Talavera 1940: 32). The spider highball cocktails I have found did not include ice cream but did often call for ginger ale or ginger beer. Ginger ale became a popular mixer used interchangeably with soda water in Highball cocktails in the 1930’s and 1940’s (Craddock 1930 2724; Day, Fauchald & Kaplan 2018: 201). For more about the history of Highball cocktails see my post on Chilcano de pisco.

Spider: foaming soft drinks with ice cream vs. ice cream floats – In Australia the term spider also refers to a scoop of ice cream combined with a syrup and a soft drink added to create a foamy spidery head to the drink. The 2019 edition of the Macquarie Dictionary states that a spider most often in New South Wales and Queensland refers to an ‘ice-cream soda’ – ‘a drink consisting of flavoured aerated water to which ice cream has been added’. Evan Morris (2016) of Word Detective writes that in America this kind of drink combining soft drink and ice cream is called a ‘float’ or an ‘ice cream soda’. However, Perkin (2011) writing for the Sun Herald of the Australian context in his article Spider drink story has legs cites examples of both drinks indicating that the difference between a spider and a float was in the method of preparation – he details accounts of women who worked in milk bars preparing spiders and floats. The ‘spider’ involved use of a tall glass coated with syrup to which the ice cream was added and then partially incorporated into the syrup before being topped with more soft drink causing the drink to foam up like a ‘volcano’ whereas, the ‘float’ involved a soft drink flavoured with a syrup with a ‘scoop of ice cream floating on top’. Morris (2016) relates that there is one theory that the spider ice cream and soft drink combination was called a spider because of the spider like patterns that the foaming head of the drink would make as the ice cream interacts with the effervescent soft drink.

How are lemon myrtle ginger beer spiders different?
Lemon myrtle ginger beer spiders are a recreation of the classic Australian milk bar drink spider which used a soft drink, syrup and ice cream to make a refreshing drink with a foaming head – they also play on the earlier etymology of the word spider in Australia as a term for a ginger beer and brandy cocktail – with the possibility of adding brandy to make a delicious boozy spider.

Versatile low alcohol ginger beer base – For the lemon myrtle ginger beer spiders I have made a fermented ginger beer so there is some alcohol in the drink – it is double fermented which both increases the fizz and the alcohol content – but it’s a low alcohol drink. There is the option to add a shot of brandy to call back to Victorian cocktail origins of this drink if you would like to. It’s delicious in original state, or if you prefer a soft drink version, simply skip the second fermentation and have a soft version of the ginger beer.

Aquafaba ice cream method – I am very grateful to the amazing recipes from Tina Dawson from Love is in my tummy and Monica from The hidden veggies for the process of working with aquafaba which is a new ingredient for me but one which I would like to use more – I have followed the method outlined in these posts for making aquafaba ice cream where the aquafaba is beaten to stiff peaks with cream of tartar and then the sugar is added gradually and the milk or fruit then folded through. The flavour pairing using from scratch macadamia milk, lemon myrtle, cinnamon, vanilla and use as an ingredient in a fermented ginger beer spider is my own contribution. There are two ways to add the lemon myrtle, cinnamon and vanilla to the ice cream – you can either use ground spices which is an easier and faster process that produces a stronger flavour but makes the ice cream a little beige in colour or infuse hard spices and vanilla seeds and bean in the macadamia milk using gentle heat and then cool before adding to the aquafaba. The infusion process creates a very smooth textured white ice cream, but the flavour is slightly less intense.

Tip: Remove lumps from muscovado sugar – Use the back of a spoon to break up any lumps that have formed due to humidity before adding muscovado to the aquafaba.

Tip: Be gentle with your aquafaba – Aquafaba separates if the aeration is broken by beating in the milk mixture too vigorously or if the sugar is not completely incorporated into the mixture – treat it gently to maintain the aeration and beat well after each addition of sugar, making sure that the sugar is lump free before adding. Don’t worry if the mix separates slightly during freezing the resulting ice cream is still delicious and can be used.

Tip: Adding a little alcohol to your ice cream really enhances the flavour – David Leibovitz (2009) has a wonderful discussion of this in his article on Vanilla Ice Cream where he describes how he likes to add vanilla seeds from a scraped vanilla bean along with vanilla essence to enhance the vanilla flavour, you can either take this approach or add a tablespoon of pisco brandy or vodka.

Australian Christmas drink – lemon myrtle ginger beer spiders with macadamia aquafaba ice cream: These lemon myrtle ginger beer spiders use quality ingredients and produce a real food-drink that is a decadent Christmas treat but with a wealth of beneficial properties: probiotics, low sugar, low alcohol, high protein. They are reminiscent of drinks such as eggnog and flips where dairy and eggs are used to create a silky mouth feel and additional texture to the drink but offer a less heavy but no less smooth and creamy plant based alternative. For the Australian summer where it is hot, and a refreshing drink is welcome, lemon myrtle ginger beer spiders are a fun and versatile drink to share in making and a transformational experience the excitement of which I think best captures the Australian Christmas spirit.

Ginger bug starter: Add grated ginger, sugar and water to a clean mason jar and stir with a wooden spoon to dissolve sugar

Rub lemon zest with sugar to release the lemon oils, set aside

Wash and slice the ginger

Add the sliced ginger, cinnamon stick and lemon myrtle, along with the sugar and lemon zest mixture, lemon juice and maple syrup to a saucepan and add ½ litre of boiling water

Add the active ginger bug to the crock or bowl

Macadamia aquafaba ice cream: Add the aquafaba and cream of tartar to a jug or bowl and use a hand blender whisk or whisk to beat into stiff peaks

Add the sugar to a bowl and remove any lumps with the back of a spoon – unrefined muscovado sugar can form lumps due to humidity in the air and if they remain, they will not dissolve in the aquafaba so it’s important to remove these prior to adding to the aquafaba

If using ground spices add these now along with the vanilla bean seeds and vanilla essence, pisco or vodka and mix through

Transfer to a large clean bowl

Gradually fold the milk and oil mixture into the stiff aquafaba using a spatula or wooden spoon – be sparing in how much you mix, to maintain the aeration of the aquafaba

Allow to melt slightly before using to soften

Cinnamon sugar garnish: Combine sugar and spices well and break up any lumps in the sugar with the back of a spoon

Add 1 shot of brandy or pisco if using

Tina Dawson (2017). Vegan mango ice cream with aquafaba. In Love is in my tummy

Jerry Thomas (1889 ). The American Bar-tender’s Guide: How to mix all kinds of plain and fancy drinks. J.E. Mitchell for the Victoria Brewery Company: Melbourne. 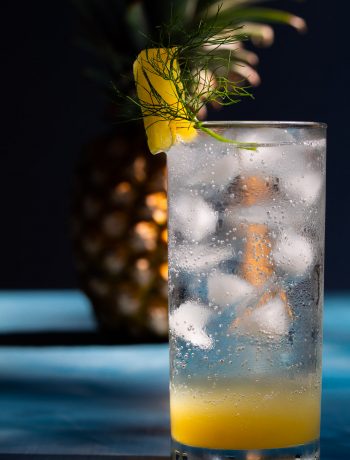 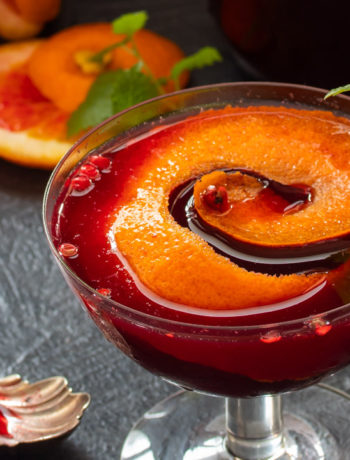